If data acquisition is the very first step of any machine learning project, unfortunately, data doesn’t always come with the label of interest for the task at hand. It is often a very cumbersome task to (correctly!) label the data — and that’s where active learning comes in.

Instead of randomly labeling samples, active learning strategies strive at selecting the next most useful sample to label. There are many such strategies depending on various notions of usefulness; for example, uncertainty aims at selecting samples that are difficult for the model to classify, while density-based ones aim at exploring the space of features. For a general introduction to active learning, we highly recommend this blog post series.

A good way to step into the domain is to take a look at the available implementations. This blog post will present a high-level (non-exhaustive) perspective on existing active learning packages and how they compare, diving into some specific features of those packages. We will cover the simplest approaches available in each Python active learning package, review some aspects of the code, and quickly present the most cutting-edge methods proposed.

modAL is the lightest package, and it features the most common query sampling techniques through Python functions along with a wrapper object that exposes them as a scikit-learn estimator. modAL has a strong focus on approaches mixing several classifiers (query by committee).

Libact’s main advantage is to feature an “active learning by learning” strategy. It consists of using a multi-armed bandit strategy over existing query sampling strategies to dynamically select the best approach. Libact has a strong focus on performance and therefore uses C code, which can be tricky to install.

Alipy is probably the package that features the highest number of query strategies, most of them being methods in the laboratory of the main contributors.

The tests presented in this blog post were done on two datasets:

2. The MNIST dataset available through sklearn.datasets.load_digits

Datasets were split into a train and a test dataset, both containing 50% of the samples. The scores reported below are accuracy scores measured on the test set exclusively. Experiments use the following protocol:

Model uncertainty is the most natural active learning strategy. It is based on the intuition that the samples that can bring the most information to the model are the ones on which it has the least confidence. These samples are identified by looking at the classification probabilities.

Since these strategies are common and all packages use the same definitions, we did not investigate it — we simply used it to sanity check our pipelines and protocol.

In both tasks (Figures 1), the active learning strategy outperforms random. The difference is more striking on synthetic data, which is probably because the problem is harder (twice the number of classes with twice the number of samples).

Active learning aims at making the best use of labeled data. However, unlabeled data also holds information (such as the distribution of the samples), and this information is typically used in unsupervised and semi-supervised methods.

An assumption commonly made in unsupervised learning is that the likelihood for two samples to belong to the same class is proportional to their similarity according to a given distance measure. If this holds, it means that a cluster of samples is likely to have the same label and can be represented by one of the samples.

Active learning strives to select a subset of the training set that best represents the whole dataset. Following this logic, we can hypothesize that selecting samples located in areas with a high density of points better represent the dataset.

There is no general mathematical definition of density, so each package has chosen its own way to compute density:

A quick glance reveals that modAL opted for the most natural and simple definition, even though it does not scale. Libact and alipy opted for more sophisticated clustering-based approaches that are more likely to scale, but the hard-coded parameters raise the question of generalization.

The first point to notice in both experiments is that random is at least as good as all density-based strategies, which makes us question whether density is a good strategy at all! In fact, targeting zones of high density may force the system to explore all data clusters, but it also constrains the selection of samples in the center of these clusters where the decision boundaries rarely lie, contradicting the uncertainty-based approach.

On this task, Libact’s GMM performances are on par with random. It could be that this method is more robust than the others and able to perform better on this task, or just that it has a behavior equivalent to random (in which case it may not be useful). More experiments on other tasks would be required to come to a definitive conclusion.

ModAL’s euclidean-based approach seems like a good tradeoff in both experiments. The cosine based one (along with alipy’s) is less convincing on the synthetic data set, but this may be due to the way the synthetic data is generated. Other approaches have poorer performance, and in the end, alipy’s and KMeans-based libact’s approaches are bad on both tasks — but we cannot exclude that they could do better if the hard-coded clustering hyperparameters were tuned.

It is also worth noticing that modAL’s method has suspiciously low performance when less than 20% of the dataset is labeled. The reason may be that libact’s and alipy’s approach are clustering-based and thus promote an exploration of the sample space, while modAL’s method is stuck in high-density areas.

With the rise of deep learning, training models became more and more expensive, both in terms of time and computation resources. A focus has thus been put in developing batch active learning methods instead of the previous online methods.

Indeed, selecting samples independently can be suboptimal compared to random sampling. Imagine that one is trying to classify fruits and has already randomly labeled some samples. Our model may struggle to differentiate between apricots and peaches, coconut and passionfruit, etc. In that case, an uncertainty-based query sampler will select a set of samples from the hardest problem (e.g., apricot vs. peaches).

We expect that a batch method in the same situation would select some samples from each of these grey areas. Batch methods usually mix uncertainty scores with spatial approaches, such as the density ones presented before:

ModAL is the winner in both experiments, although the trend is less obvious on MNIST. As for libact’s GMM, we observe a performance similar to random, as in figure 2. On MNIST, we note that libact’s KMeans is now performing badly with less annotated data. It reveals how dataset-dependent active learning may be and how difficult is it to chose the best query sampling method.

There are other more advanced query sampling approaches available in these packages. In particular, the ones where a model is used to learn how to do the query sampling. These methods have different approaches, so comparing is not pertinent. Also, benchmarking them is out of the scope of a single blog post. So if you want to know more, please refer to their associated papers.

Learning active learning is a strategy made to get the best out of several query sampling strategies. Behind the scenes, it uses a multi-arm bandit approach to determine which is the best method depending on the situation. The bandit uses the Importance Weighted Accuracy as a reward, an unbiased estimator of the test accuracy. This is interesting, as most of the approaches use error reduction as a reference score to estimate the performance of a query method.

The main cost of this strategy is scoring the whole dataset at each iteration. In most of the reported experiments, this method manages to make use of the most efficient query sampling on which it is based. One drawback — obviously — is that it is rarely better than the samplers it is based on.

Figure 4. Original results as reported in [4]. Figure numbers are the ones from the original paper.

The idea behind active learning from data is to be able, given the current state of an active learning experiment, to predict the error reduction brought by each unlabeled sample. In this method, the “current state” of the experiment is represented by the model learned on the already labeled data. So in order to estimate the impact of one sample on this model, the authors propose to look at some stats of the learning set, the inner state of the model, and the predictions made by that model for the given sample.

More precisely, the proposed implementation uses a random forest as classifier and predicts error reduction based on:

2. Features extracted from the model:

3. The predictions of each tree for the current sample:

The model can be trained on already-labeled data, but alipy also ships pre-trained models that, according to them, can perform well on a variety of tasks. Similar to the method provided in libact, the results are significantly better than other methods on only a very limited subset of problems. 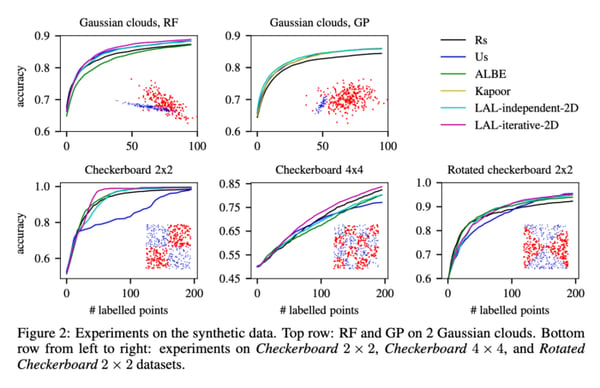 Figure 5: Results of the original paper [5] on synthetic data

In the past years, Scikit-learn managed to become a machine learning reference both in academia and industry. One of the reasons for this success is probably due to its careful minimalistic design [3] that covers a wide range of use cases while allowing great flexibility.

Scikit-learn relies on a base estimator interface that exposes three methods:

Scikit-learn is designed for maximum code reusability. For instance, in model family — supervised, semi-supervised, clustering, etc .— all methods share the same interface. This makes it easier to change models and compare them.

With its minimalistic interface, modAL is the closest to what we would expect from a scikit-learn compatible active learning package. Strategies are represented by functions, which is accepted. What is lacking though (in my opinion) is a flag allowing one to get more information about the results. For example, one may want to use the uncertainty scores for something other than selecting queries — sample weighting, for example. This is, unfortunately, not possible.

Alipy objects follow the philosophy of minimalistic common interface. However, some of them require the data to be passed in the constructors, which is not forbidden in the scikit-learn paradigm. Finally, libact does not follow the scikit-learn interface, but it has a very close one. It ships its own models and offers a wrapper to use scikit-learn ones. What is surprising, though, is that libact sometimes performs computation in the constructor of some methods. For example, Density Weighted Uncertainty Sampling performs a KMeans directly into the constructor. An odd thing is that the same class compute scores but does not support the “return_scores” flag to be able to recover them.

Questions that are paramount when doing active learning are:

So far, we have focused on query sampling methods. We are now taking a look at the active learning experimental machinery provided by each library.

Libact does not — per se — provide an experimental framework. The active learning loop is left to the user. There are only two simple helpers called labelers: an ideal labeler that simulates perfect annotation, and a manual one that displays features in a matplotlib figure and asks for the label using input (so mainly targeted at images).

ModAL does not provide an experimenter either, but a global object (ActiveLearner) allows for easy experimentation with the query sampling techniques proposed. Since properly handling the indexing is maybe one of the main source of errors in active learning, it is useful to be able to rely on a tested package for that.

Through our experiments, we have built some takeaways on active learning experiments:

Given our experiments with the three main Python active learning packages, here are our recommendations:

Our series of blog posts about active learning will continue, so be on the lookout for our next article on the lessons we learned from reproducing a strategy mixing uncertainty and diversity techniques.