Diving into the Data Sea, or Confessions of a New Sales Manager

Before that, I worked in opera for 4 years... as a singer! And now I am in big data. I can already hear you thinking, «how on earth did that happen ? The answer is: Dataiku! Because that’s what we do here: we think outside of the box.

My first contact was with Kurt Muehmel, who is in charge of developing Dataiku in the UK and in the USA. Back then, Big Data meant nothing to me -- and when I say “nothing”, I really mean nothing. The only thing I knew was that I wanted to work in a fast moving, dynamic, and international environment.

And that’s exactly what I told Kurt. His response? That I had come to the right place talking to Dataiku. He had me pretty much convinced when he suddenly said Dataiku was looking for… sales managers.

This immediately made me think of the many times I had hung up on people attempting to sell me great things I did not want.
Yuk. No way.
Becoming a shiny and respectable consultant, or a business developer, or anything else along those lines was acceptable, even desirable. Me, becoming a “sales person”? No thank you.

When Kurt saw the look of disappointment on my face he began to explain: He himself had previously worked as a consultant at Deloitte. When he began working for Dataiku, he quickly realized that his new job as a “sales” was quite similar to his former job – only more fulfilling because he was now also implementing the solutions he had been prescribing. In five minutes, he’d managed to convince me! 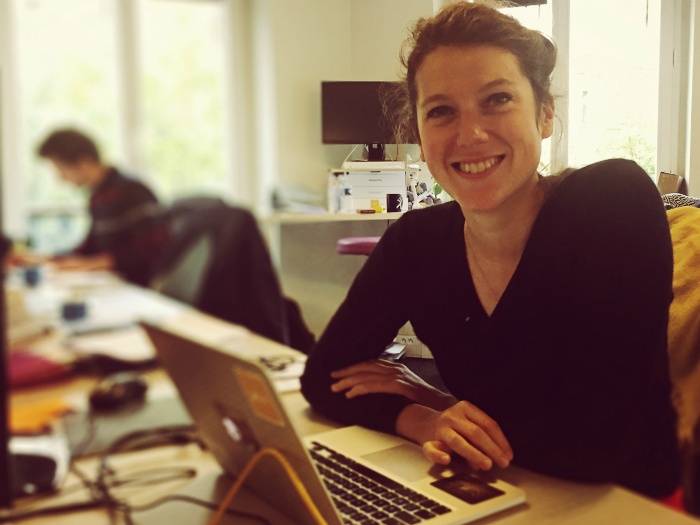 Working in the Dataiku's office

So that’s how it all started. And today I find myself already completing my fourth week at Dataiku!

When I arrived here one month ago along with three other newbies, we immediately started a three week data science and sales bootcamp. A flying start right from the beginning: we spent an exciting week getting acquainted with Data Science Studio. By using DSS to turn raw datasets into churn prevention models, I felt myself grow from shy data beginner to confident data wrangler.

The second week was even more intense: 4 full days of Customer Centric Selling Training (CCS). A lot of work… and even more fun! CCS totally changed my negative perception of all things “sales”. By the end of this second week, doubts regarding my development as a “sales person” vanished.

Believe it or not, being in sales is not about harassing people to get them to buy things they don’t want or need! No, good sales is about understanding the person in front of you, on both a business and a personal level. What drives them? What problems are they facing or trying to resolve? What does their work day typically look like? Being a sales at Dataiku is about playing detective, really taking an interest in the people you exchange with, and figuring out - together - how to help them attain their goals.

The Dataiku's Team during the CCS Bootcamp

From opera singer to big data business developer… Sounds strange or at the very least, atypical, right? Well, in light of what I’ve seen over the past four weeks at Dataiku, it’s not. At Dataiku, everyone is somewhere between scientist and artist.

Don’t get me wrong: we do not spend out days drawing or writing poetry (though we have had a few haiku-creative sessions) and there is no theater department here. What I mean is that everyone is really passionate about what they do. And that’s why they are so good at it!

Whether in the sales, marketing, data science, or R&D team, everyone is multilingual, multitask, and multitalented. Let’s go over a few examples: Pierre makes and sells a very well known (and quite delicious) cognac; Marc has an impressive talent for photography; Matt builds predictive applications (like movie recommendation systems) for fun; Adrien is a skilled ninjutsu martial artist; Romain is a sailor; Florian started coding when he was six; and Hugo used to be a horse show jumping champion before he turned to the tech world! And those are just a few examples of the many originalities of the Dataiku team.

So this is how I got from opera to big data. At first sight, a fuzzy join. You may have thought, what a funny choice. But I say: jolly fun!

Get monthly updates of everything going on at Dataiku: new content, product updates, upcoming events, and everything the Dataiku team has been up to!
Sign Up
September 20, 2015 Dataiku Company Anne-Sophie Roessler
Share

These Are the Best Marketing & Retail EGG Talks from 2019

These Are the Best Media & Entertainment EGG Talks of 2019