To facilitate full systemization of data and AI, it is important to allow as many users to access, interact with, and gather insights from relevant data as possible. Many existing processes only allow IT administrators or analysts to extract data from databases or data warehouses and users who are not familiar with SQL face challenges in extracting and analyzing the data they require for their business needs. Having a webapp can help to solve this problem and give more autonomy to users from various backgrounds.

In Dataiku, we can create a code-based webapp using standard HTML, Shiny, Dash, or Bokeh. Webapps can be used to write advanced visualizations or custom applicative frontends. This component will present a lot of opportunities for Dataiku power users who are familiar with Python and want to customize their dashboards based on their preferences in design. 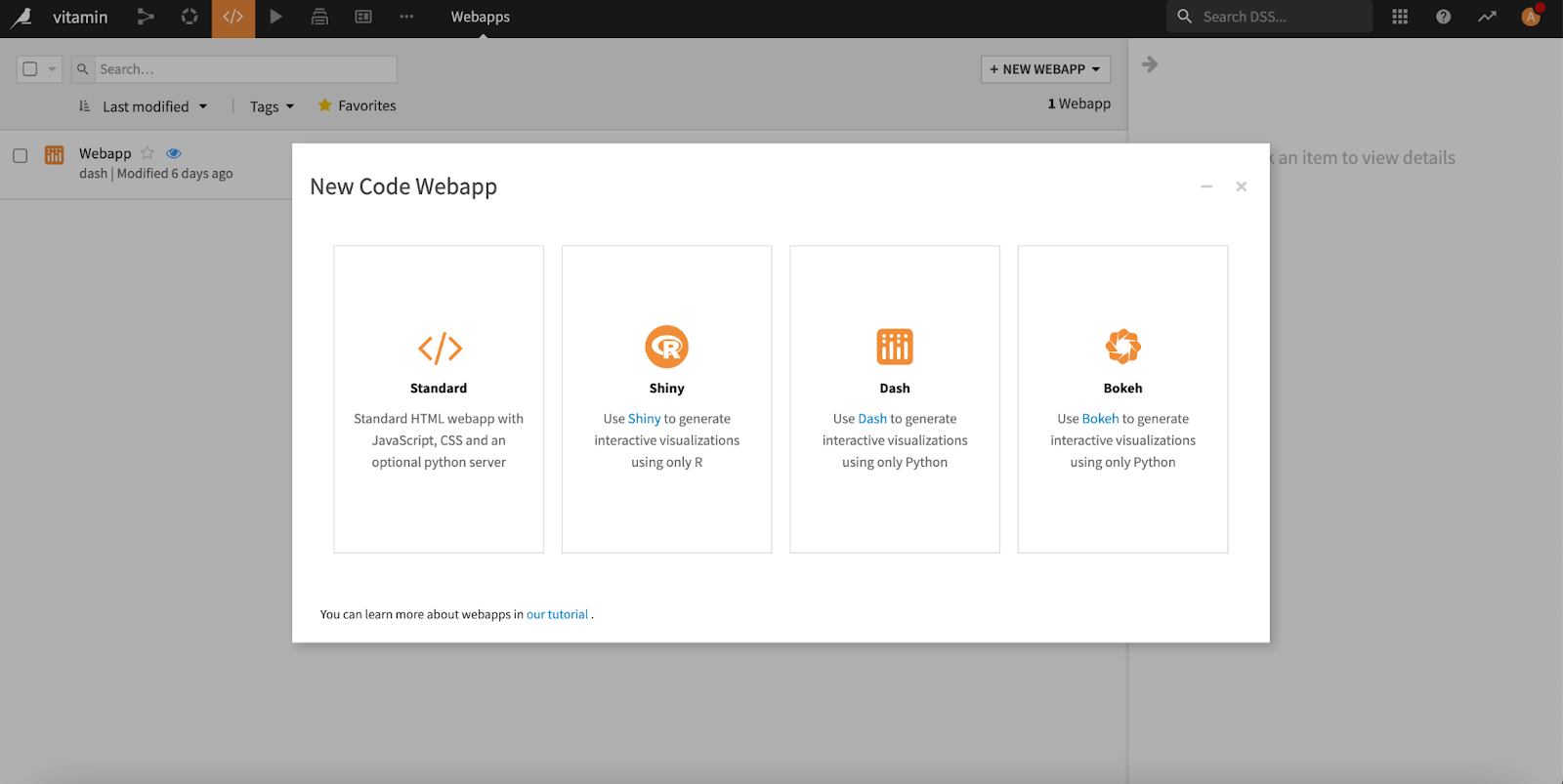 In this example, we will make use of Dash to create a webapp. Dash apps give a point-and-click interface to models written in Python, vastly expanding the notion of what's possible in a traditional "dashboard." With Dash apps, data scientists and engineers put complex Python analytics in the hands of business decision-makers and operators. Dataiku provides us with some code templates to begin with. Over here, we are going to make use of the template “A simple multi-page webapp using Dash.” 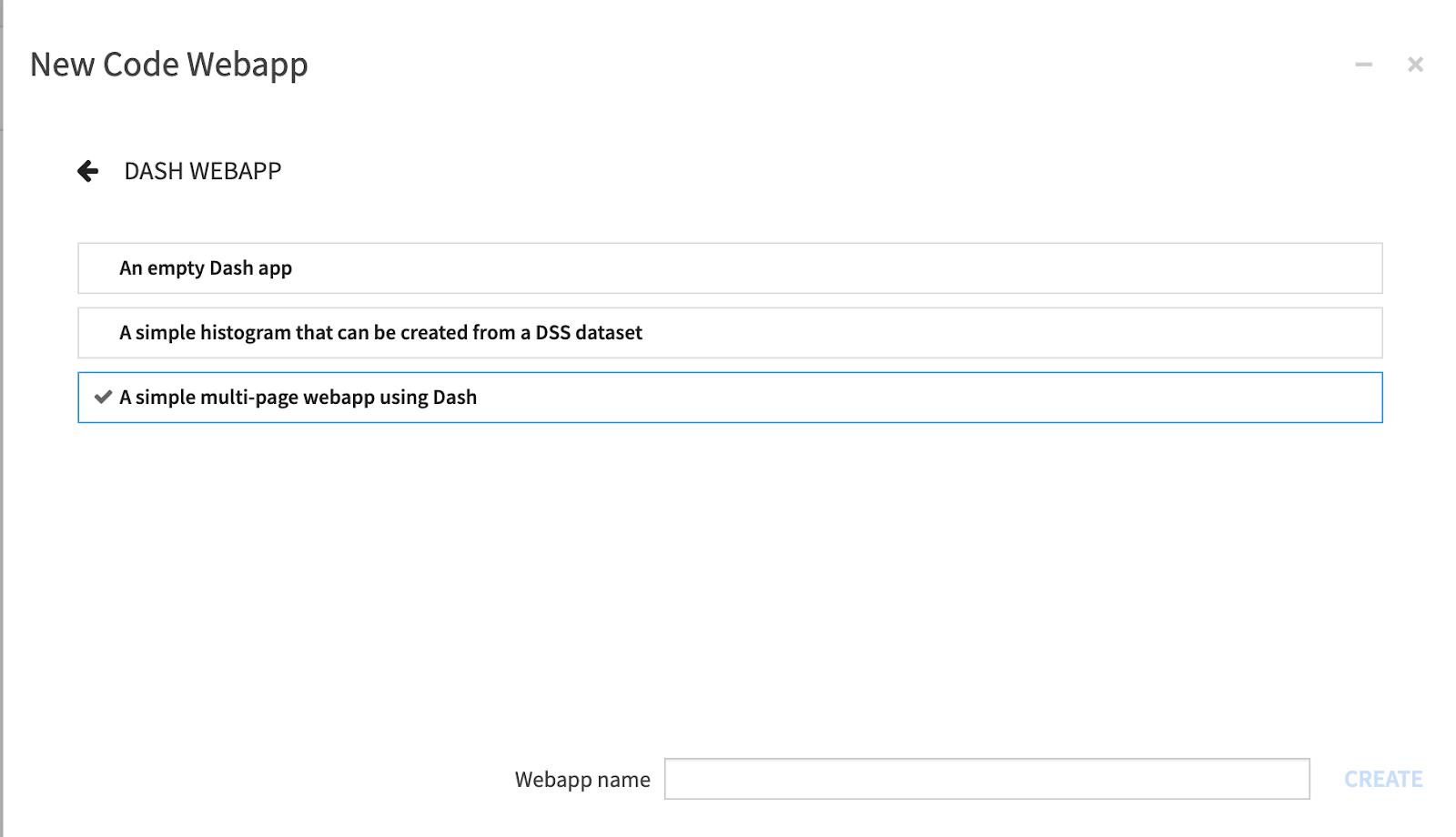 If you have been to Singapore, you would know that hawker foods are very popular here. In fact, “Hawker Culture in Singapore: Community Dining and Culinary Practices in a Multicultural Urban Context” was inscribed on UNESCO’s Representative List of the Intangible Cultural Heritage of Humanity on Dec. 16, 2020. Many of our hawker dishes originated from the food cultures of different immigrant groups who settled in Singapore. Over time, they have evolved to become the distinctive local dishes that we love, and they form an important part of our food heritage.

In our webapp, we included the following interactive and analytics capabilities:

3. A dropdown box is created for users to select the food for which they want to find out healthy tips.

4. A multivariate scatterplot is created to visualize the distribution of foods by kcal, protein, and weight. A normalized version based on kcal and protein per 100g is also developed. Users can hover the points to see what food they are. We have chosen kcal and protein(g) to focus on as an example.

We observed that the top few hawker foods with the most kcal have also comparably high protein content. Even though some foods have a larger serving in terms of weight, they might not necessarily have the highest kcal content. It is interesting to note that after normalizing the kcal and protein by weight, there is a big difference in how the hawker foods rank against one another. But, of course, we probably won’t eat the amount of You Tiao equivalent to one serving of Duck Rice, for example.

5. A scatterplot matrix is further added to display the relationships between all the nutritional content against one another. From the chart, we can see some outliers for some of the pairwise combinations. For example, Porridge with Minced Pork and Century Egg, and Kway Chap have a much higher cholesterol content compared to the rest of the hawker foods given the amount of other nutritional contents it contains, while it is the opposite for Fishball Noodle - Soup, Mee Soto, and Prawn Mee, which have a relatively lower cholesterol content compared to the rest considering the amount of sodium it has. 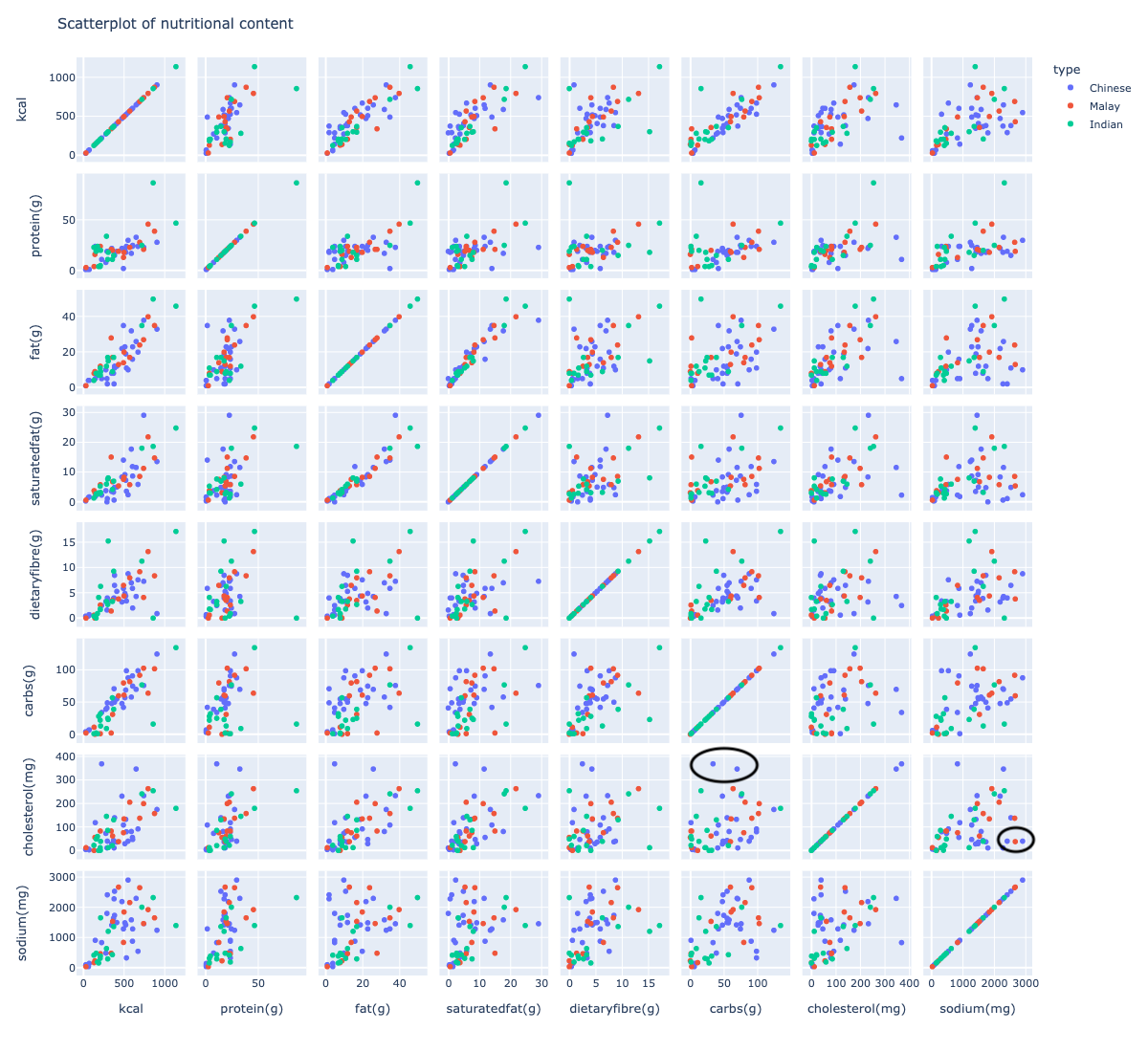 Figure 7. Scatterplot matrix of nutritional contents of the 57 hawker foods, with color representing the type of food 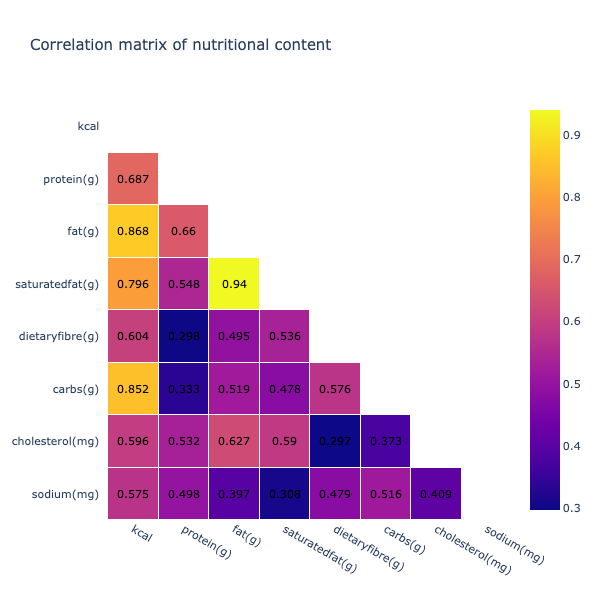 Figure 8. Correlation matrix of nutritional content for the 57 hawker foods

The below shows a screenshot of a part of the code underlying the webapp and how the webapp development interface looks like within Dataiku. In the Dash code, apart from developing the interactive components, we can customize the type, size, color of fonts, as well as size of charts.

This article demonstrates some features that can be done using Dash. The Dataiku project and webapp can be found in Dataiku’s sample project gallery here and here respectively. If you’re interested in doing something similar, you can learn how to create a simple Dash webapp in Dataiku over here.

In order to create real business impact, organizations must enable AI services through both operationalization and self-service analytics. This ebook outlines how the two initiatives support each other, pitfalls to avoid, and more.
Let's Go
February 9, 2022 Use Cases & Projects, Dataiku Product Hui Xiang Chua
Share