Whether you’re a student deciding on a career path, a data analyst looking for a change, or a business owner looking to hire data talent, the question of what the difference is between a data scientist and a data analyst (or business analyst) is a common one. Yet as the industry progresses, the question is actually becoming increasingly more complicated — here’s why. 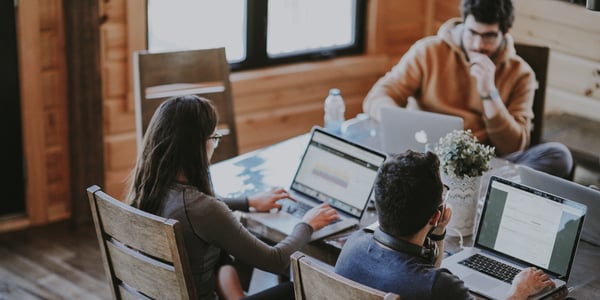 Of course, the term “data scientist” only officially emerged in the last 10 years or less, but that doesn’t mean that no one was doing data science-like work more than 10 years ago or that there is no such thing as an older or more experienced data scientist. In any case, being a data scientist (or not) versus data analyst isn’t a simple question of fulfilling a specific degree or area of study.

For example, many who started out in fields like statistics, quantitative analysts, or actuarial science are no doubt doing work that overlaps with today’s data scientists, and some have even taken the full leap to data science. Similarly, data scientists can also have backgrounds in areas of study like computer science, and many (about half, according to one publication) have doctoral degrees. Increasingly today, one must also consider the role of the thousands of online data science or data education courses and whether that qualifies someone as a data analyst or data scientist in and of itself. 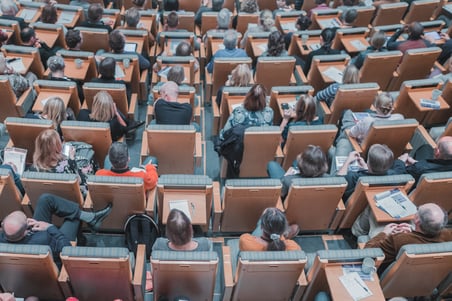 Being a data scientist (or not) vs. data analyst isn’t a simple question of fulfilling a specific degree

Data analysts may or may not be formally educated as such and can have diverse backgrounds and areas of study - business and finance, but potentially also liberal arts. And, of course, there is the infamous rise of the so-called “citizen data scientist” that seems to saddle the two worlds of data analyst and scientist, further complicating the delineation.

Does one specific area of study or the learning of one skill push someone from data analyst to data scientist? Or vice-versa for lack of knowledge in any particular area?

Well, no — especially considering the fact that certain experience or skills (for either a data scientist or data analyst) might matter in the role at one company or in one industry, but not in another.

It’s also worth saying that even data scientists who have all the technical skills in the world have little value in companies if they don’t also have communication skills and/or business acumen — that is, the ability to connect with those who know the business best in order to actually use those technical skills to provide real value. 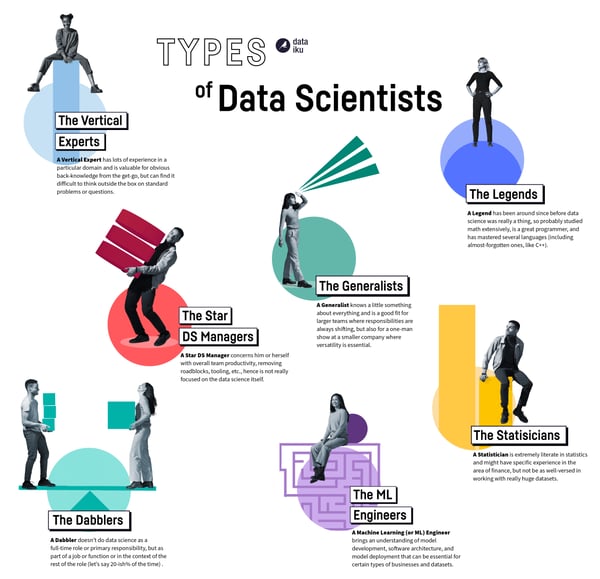 Even within each profile, the range of skills is broad and results in different "types" of data scientists or analysts

With the rise of automated machine learning, data analysts — or other profiles that lack deep knowledge of machine learning and/or statistics — will only expand their utility further down the data pipeline. But, of course, these developments won’t render data scientists obsolete, either. Their skills around machine learning interpretability and model maintenance are generally areas that data or business analysts do not possess.

When talking about skills for either profile, data cleaning and exploring simply must be mentioned, as they are probably the two skills (along with the ability to question data and tie data projects to business need) that are critical for data scientists and analysts. Given that the bulk of any data project will be getting the data into the right shape to apply machine learning (or whatever the ultimate goal might be), it’s a cornerstone of both the positions.

Ultimately, the range (and overlap) of skills between the role of data scientist and data analyst means that the two are more like sliding scales than two separate buckets.

That means businesses looking to hire for one role vs. the other should take a critical look at their current staff, their needs, and what the end goal is for the data team or data projects. Hiring someone who will ultimately be producing dashboards for internal use will be an entirely different skillset than hiring for someone whose KPI is pushing a machine learning-based fraud detection model into production.

Get the 2020 Analyst Playbook to find out what your analyst profile is and how to future-proof your skills for the new decade.
Get the Playbook
May 3, 2019 Data Basics, Scaling AI Lynn Heidmann
Share