Marketing for Data Scientists (Or: Make Sure People Know What You Do)

It is a bit ironic that the employees who are changing the world of marketing the most, data scientists, tend to have the greatest challenge marketing themselves to the companies in which they work.

The Role of Marketing in Job Satisfaction

Glassdoor places the data scientist role as the best job in the U.S. for 2018, and LinkedIn places it among the top ten. Yet at the same time, FT has written articles explaining that data scientists also top the list of developers looking for new jobs.

So data scientists are in demand, which necessarily means they are difficult to keep around — after all, they can easily find a position elsewhere. But it’s also a question of happiness: if data scientists were satisfied with the work they do, even if they could find a job elsewhere, they might be less inclined. And since the position is relatively new, many companies don’t really know what to do to retain people in these important, cutting-edge roles.

Clearly the industry is populated by winners and losers, companies that know how to best use their employees (including their data scientists) and those that don’t. But it’s not just up to the company — there’s work to be done on the side of data scientists as well, making sure that they market themselves to make their job and the work they do indispensable and visible to others to continue to grow and be able to take on more exciting projects for ever-increasing job satisfaction.

We have a large data science team here at Dataiku, and I sat down with a few of them to try to make sense of this complex problem of marketing the data science role, both as a data scientist and as a company.

The big question in the minds of employers, team leaders, and data scientists themselves is this: What separates the successful data scientist from the unsuccessful one?

Q: “Do you think that the average person knows what what the data science team does?”

Matthieu Scordia, Data Scientist at Dataiku: "I think the average person totally doesn’t know how to optimize things with data. Maybe they have read something about using data for optimizing click or advertisement, but in businesses, I don’t think they know all of the things that can be optimized. The sales process, the marketing process — everything can be optimized.”

And not only do data scientists feel as though their non-data scientist coworkers don’t have a good sense of what they do, but more surprisingly, they also felt as though some of the people on their own data team weren’t sure themselves (more on that later).

This makes it clear that there needs to be open, frequent, and substantive communication between (and among) any data team and the people who stand to gain something from data-driven solutions. Data offers solutions, but to understand the problems, there must be collaboration.

“Promote [data scientists’] impact on the company business in a transparent and understandable way. Otherwise, the black box and magic effect can be scary. Data is good support for telling stories, and stories are a good channel of communication.”

In fact, communication is so important that when we wrote about How to Hire Great Data Scientists, the ability to effectively communicate (which plays a huge role in marketing themselves and the larger team) was one of the top criteria.

And Communication Is a Two-Way Street

Just as data scientists need to communicate with others across the company to market themselves, they also need to be communicated with in order to understand how work that is being assigned to them fits into the larger goals of the company. 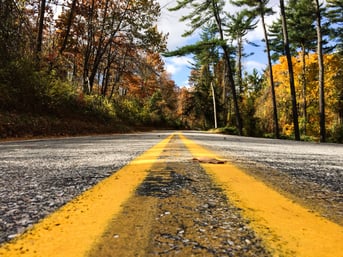 Data science doesn’t happen in a vacuum — context around a project can completely change the approach and, subsequently, the result. And the onus shouldn’t fall only on the data scientist to ask questions. Just like business people, they don’t know what they don’t know either (we’re all just human, after all).

So as a company (or team leader), make it clear — what are the tasks that are most essential to what the company is doing? How do projects data scientists are working on fit into the larger picture? Why did the company hire data scientists in the first place — what is the end goal?

Aligning the purpose and capabilities of the data team with the overall purpose and goals of the company is a critical step for any successful data team, and one that will ultimately make it easier to market the abilities and value of that team in the future.

So ultimately, there has to be communication between teams that might not understand the value of data and people who are capable of making that value known. Any forward looking, data-oriented company needs to begin integrating data scientists into the mainstream of the company. And that has to come both from the top and, more importantly, from data scientists themselves.

Fairness: The Bedrock of a Responsible AI Future