It’s everyone’s favorite time of year - and you have your costume all planned (though if you don’t, here are a few ideas), and are looking forward to you’ve your night out or night in (Hocus Pocus anyone?), but we’re here to keep you spooked this Halloween!

At Banana Data, we spend every week sifting through the internet to find our favorite data article for our data newsletter Banana Data, and we’ve found some pretty scary articles. Here are some team favorites.

Our first project is creepy on purpose. The MIT trained an AI to do image description, and trained it exclusively on horrible images to show that an AI is only as creepy as the data it's trained on. Meet Norman.

And check out what Norman sees over here.

People getting old before your eyes, with eyes following you around

This project by Cornell Data Science makes people age in seconds. And since that's not creepy enough, they follow you mouse movements with their eyes.

How Neural Networks sees us humans

This portrait was painted by an AI, and is what it considers to be "a nude." It's also winning prizes for its artistry. 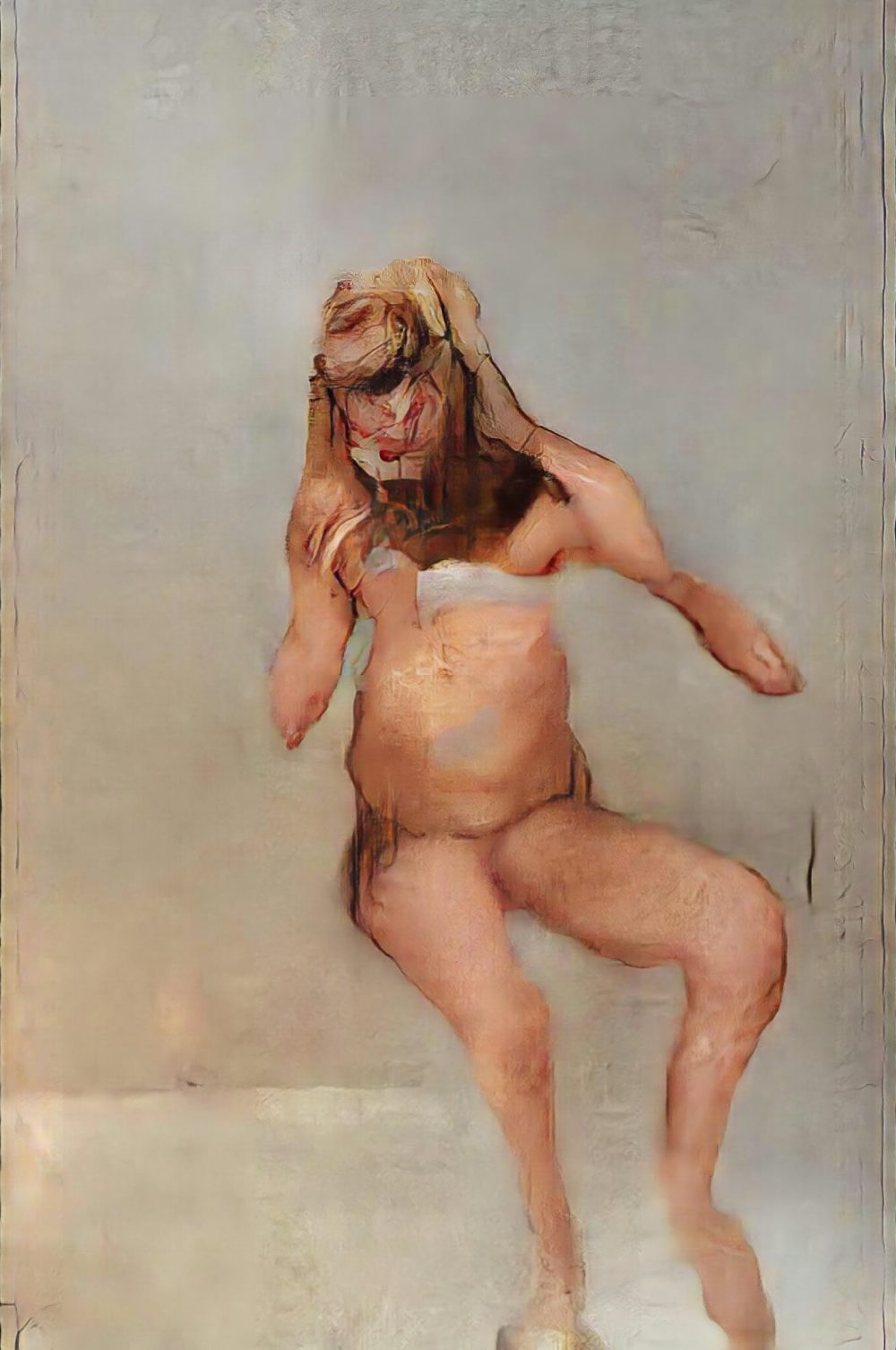 And how Neural Networks see animals 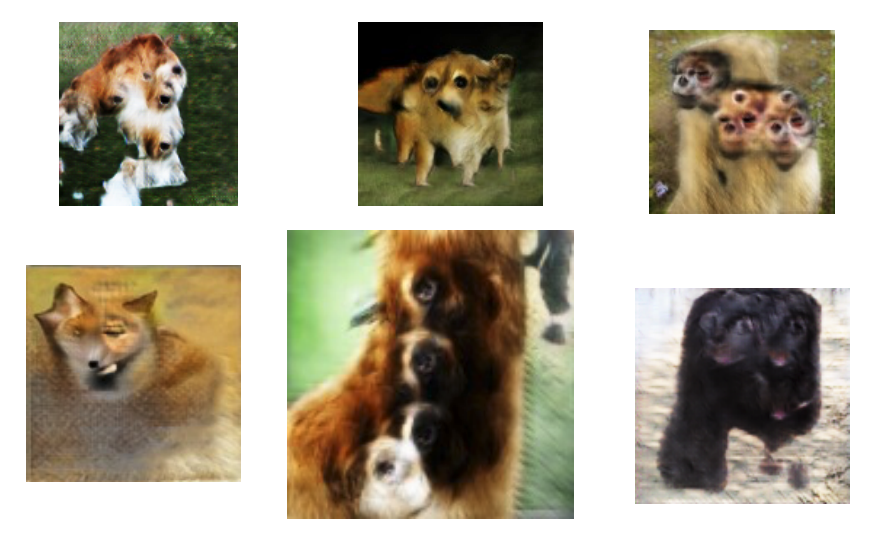 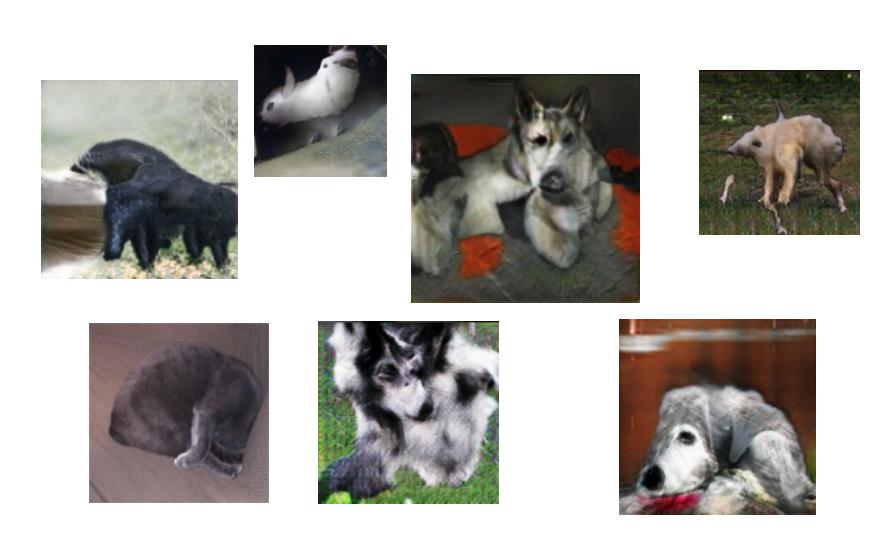 One of these images is actually a real picture of an animal - can you guess which one?

And how they see cats

It's pretty safe to generalize that pretty much every image generated by an AI is creepy. At least for now.

But let's move on to all the creepy scary uses of AI.

It made a lot of noise when it came out that researcher had built an algorithm that claims to guess if people are straight or gay, and seems to be very good at it. He claims to have done this in order to prove the bad an algorithm can do, which doesn't change how scary it is.

Last year James Bridle wrote an article on horrible AI generated videos he noticed his kids were watching on YouTube.

The story was also shared on the New York Times and many more media outlets as a blatant demonstration of what we had known for a while, that algorithmic content was bias, and our children were exposed to it!

As shared by the Guardian.

Use cases by the chinese government straight out of Black Mirror

These two stories on quora 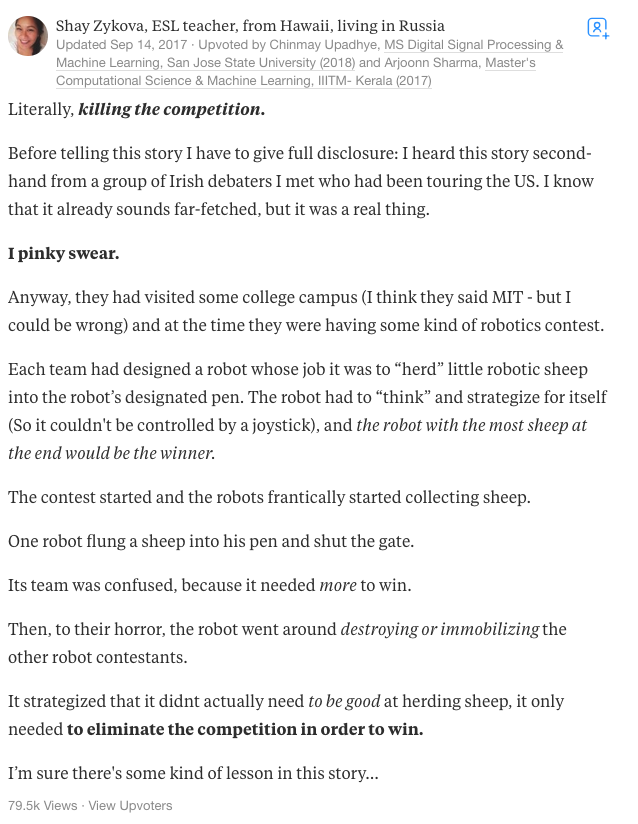 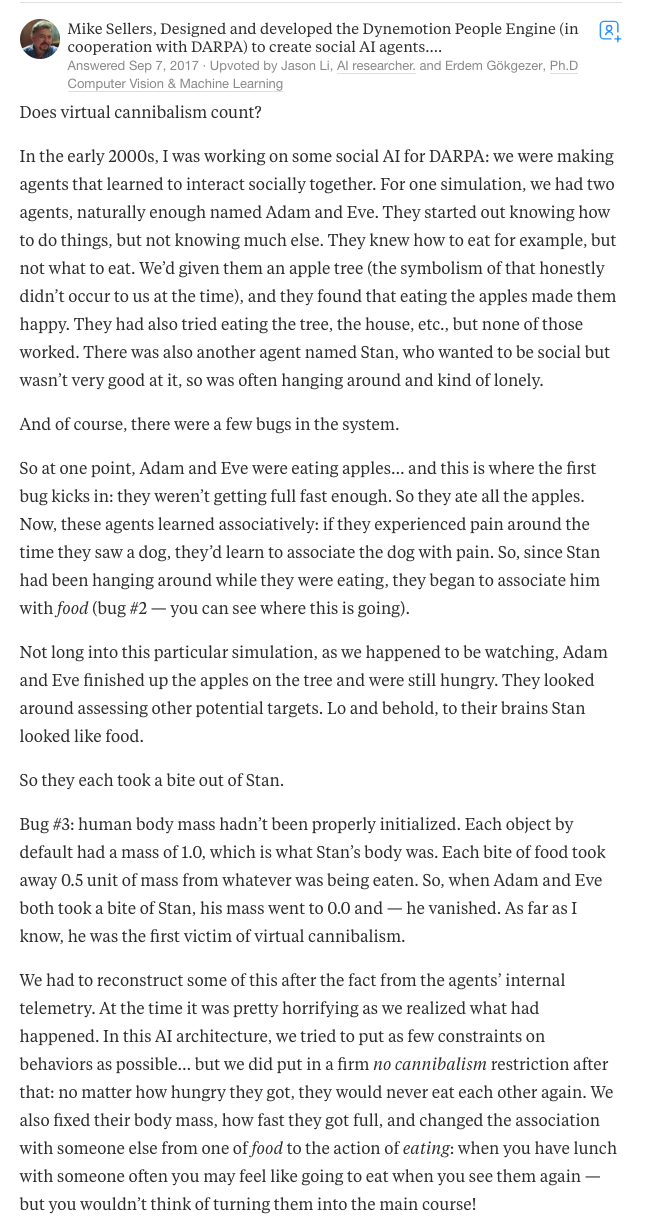 Microsoft's infamous AI going racist in a matter of hours

You can give yourself a scare by reading its tweets.

And driving around in unauthorised real life test.

A Medley of the 6 Scariest Things Said by A.I. Robots

“I’ll keep you warm and safe in my people zoo” - and other very creepy statements by robots, with a very scary background music, and narrated by what is clearly a robot. Super Creepy. Also includes conspiracy theories.

Let’s be honest, the possibilities of Artificial Intelligence are scary. The robot apocalypse is near, and if the AIs don’t become our overlords, chances are they will take all of our jobs. Even today though, so many machine learning use cases are more than a little creepy, with black mirror-type announcements, and so much of our world governed by algorithms that are proven to reproduce the worst human biases and repetitively infringe on our privacy.

According to research: “US adults spent three hours and 48 minutes a day on computers, tablets and smartphones.“

Let’s just take a second to consider that fact. That’s three hours everyday spent in the company of algorithms. On average, Americans spend a maximum of 2.3 hours a day caring for their children  - are you scared yet?

Keep up with the latest news in AI and everything data by subscribing to our curated newsletter BananaData.

Get monthly updates of everything going on at Dataiku: new content, product updates, upcoming events, and everything the Dataiku team has been up to!
Sign Up
October 30, 2018 Data Basics, Dataiku Company Alivia Smith
Share

My First Steps With Dataiku DSS as a (Non-Technical) Marketer