The New Era of Telco Transformation

If there’s one thing that’s for certain, it is that the telecommunications industry and its key inhabitants (“telcos” as we’ll refer to them here) are not the same as they were before the global health crisis. According to EY, communications providers were “finally being appreciated as providers of critical infrastructure in times of need,” as telcos supported the transition to digital communications and connectivity during a time when there was no other option. Here, we’ve outlined a few ways that telcos can continue to ride that wave and capitalize on the renewed interest in digital transformation and data and analytics:

1. Experiment with edge computing, especially in the age of 5G.

Edge computing was developed due to the rapid growth of interconnected devices that make up the Internet of Things (IoT). It moves the data processing and manipulation away from the data centers and closer to the “edge” of the network and those producing and consuming it. For telcos, edge computing can speed up data processing in real time using connected devices and save network bandwidth for higher-priority data manipulation and analysis. For telcos, edge AI has significant potential with the rollout of 5G technology networks because it helps usher in increased levels of speed and low latency for mobile data transmission. 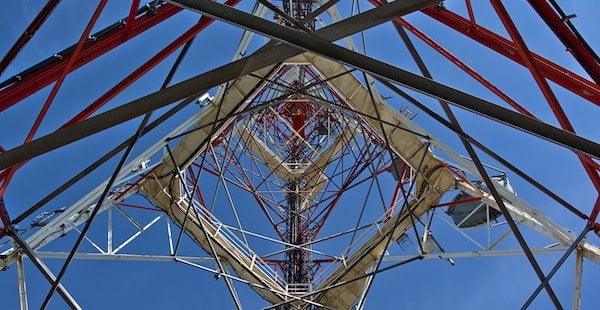 Telco fraud costs the world $32.7 billion annually and is an issue that is constantly evolving as bad actors get more sophisticated. To make matters worse, there is a myriad of fraud types in the industry, from carrier data breaches (where hackers steal customers’ personal information) and SMS fraud (where users are signed up for text message content without their consent and charged for each message) to call center fraud (where hackers gain personal information from a breach and use it to access a customer’s various accounts).

Compared to traditional fraud detection systems, ML-based fraud detection enables humans (or other systems) to take action based on outliers identified instead of taking a rules-based approach. For example, the latter involves establishing specific threshold criteria for what constitutes "fraud" and, over time, if those thresholds change the previously established rules become null and void. With an ML-based approach, the entire process can happen much faster and the tremendous amounts of data being analyzed helps the overall model instead of hindering its performance.

One Dataiku customer, a leading provider of information and communication technology to service providers, measures the performance of its customer service representatives by their ability to successfully resolve customer support issues (i.e., they need either customer or colleague approval to close any support ticket). One specific case, though, had been open for six months.

Traditionally, the customer service team would use spreadsheets to bring together multiple data points and create data visualizations to try and identify the root cause of the support issue. It was not unusual for them to spend three to four days doing this. Upon using Dataiku, the customer service representative responsible for the outstanding issue (who had little data science experience) spent three hours analyzing the data to understand the potential causes of the support issue, presented the details to the account team, and received buy-in on the analysis. The representative was then able to close the support case.

What previously took the team three to four days in Excel (without any business outcome) was resolved in four hours with Dataiku (and an improved business outcome). Moving forward, the team is beginning to focus on how many similar processes they have within their worldwide support function in order to scale this improved time to insights.

There’s no doubt that the global health crisis catalyzed telcos into action, putting them in the spotlight as nearly every aspect of human connection moved online. But gaps still exist on the road to true, scalable AI — telcos need to analyze the wealth of data at their disposal, get everyone in the enterprise involved in data projects, and implement use cases that will actually drive tangible outcomes.

Go Further on the Next Generation of Telcos

In addition to the edge computing and fraud detection use cases outlined here, get the full ebook for 6 more use cases telcos can implement today (and how Dataiku can help enable them at scale).
Let's Go
June 24, 2021 Use Cases & Projects, Dataiku Product Catie Grasso
Share

Troubleshooting Issues and Getting Help With Dataiku

The Challenges and (Awesome) Benefits of Switching From Spreadsheets to Dataiku

Is Dataiku for Data Scientists?