Today Is the Day to Earn the Title: Data Ninja

You're forgiven if you've somehow forgotten the fact that today, Dec. 5, is International Ninja Day. Ninjas became prominent in Japan in the 15th century, and by the 18th century, even though they had largely ceased to exist, they fascinated Japanese culture and would go on to become known throughout the world.

In our Halloween blog post a couple months ago, we suggested a few costumes that data-savvy trick-or-treaters might want to wear. One of them was the data ninja. But what is a data ninja? 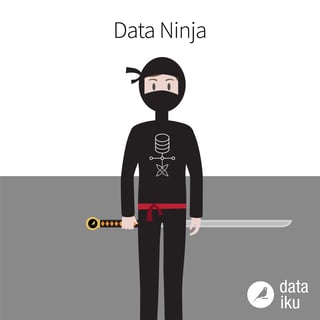 What do we mean when we say "data ninja"? The original ninjas had to use surprise, disguise, and cunning skills in order to defeat their more powerful foes. In today's world, a data ninja uses a whole lot of approaches — often improvising combinations of many different ones — in order to extract insights and value from data. To the rest of the organization, this might look like magic (which is why anyone who's a data ninja rarely calls him or herself a data ninja). But you know that you've trained long and hard to develop your magic skills.

The original ninjas did not wear black — they are portrayed that way because the first plays involving ninjas wanted to stress the way people did not notice them as they walked around. Ninjas typically came from the lower class, and opponents would not take notice of somebody they did not consider their equal — until it was too late. Data analysts and data scientists are probably not often considered inferior in today's world, but having a strong analytics toolkit can give you a leg up over better-funded and better-entrenched competitors. 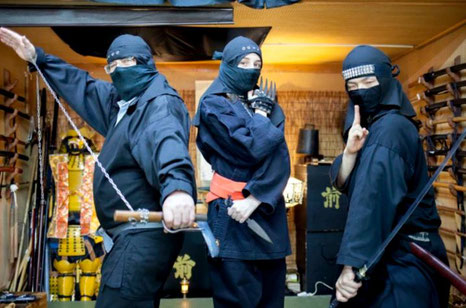 It's not hard to be sleeker than these ninjas.

How to Become a Data Ninja

No matter where you are in your analytics training, there's always more to learn. We created our Machine Learning Basics guidebook to provide an illustrated, jargon-free introduction to machine learning. Our Analyst of the Future guidebook is intended for data analysts, business analysts, and business intelligence analysts who are wondering what their next steps might be. And our From Small to Big Data guidebook is all about how this larger and faster data opens up new possibilities for analysts of all stripes.

Get monthly updates of everything going on at Dataiku: new content, product updates, upcoming events, and everything the Dataiku team has been up to!
Sign Up
December 5, 2017 Data Basics Robert Kelley
Share

What Is Feature Engineering?

Why (and How) to 'Call Bullshit' on AI

The Data Science Food Chain: The Fight for Survival