The Super Bowl has a lot of traditions: great ads, good comfort food, and if you’re unlucky, a free cab home. But there is an important question that is likely to impact your overall happiness and satisfaction this Sunday: what awesome brew should I buy to get us through the game?

Last year we highlighted the Beer Recommendation Engine designed by Pierre Gutierrez, and the Portland-specific system crafted by Guilherme de Oliveira. Both systems pinpoint the best beers for a specific user, and offer interesting tips on building out a recommendation engine if you’re interested in getting a little more technical. But if you’re like me and want the best beer now, there are already countless services online that purport to help you find your new favorite beer. Apps like Untappd rely on user reviews while expert recommenders on Beeradvocate rank their favorite brews. However, when different apps recommend different beers, it’s hard to know which one to trust with such a critical choice.

Recommendations You can trust

Multiple factors go into a beer’s ranking in a recommendation system, but most depend heavily on user reviews. The wisdom of the masses is useful in culling out low-quality beers so you can focus on the best. However, user ratings don’t always match up with beer quality. A stout drinker will likely review even the best IPA poorly because that’s not in line with their tastes.

If you find a beer on a recommender app that you think you’ll enjoy, check on the rating outliers. See if those who claim to love the beer have rated other beers; if they’re not spam, they might have liked other beers that you already know. This way you have a better sense of your ability to depend on their taste. Alternatively, reviewers who rank a beer very low might just not like that kind of beer, so a beer may actually be better than the number of stars it has received.

At the end of the day, only you can decide what to prioritize with your beer choice. If you rely on what you and your friends already know, you will like your beer, of course, but you risk missing out on terrific brews that could become your next favorite. And while recommendation engines can help you find exciting new beers you may love, well-reviewed beers may not be in line with your unique tastes 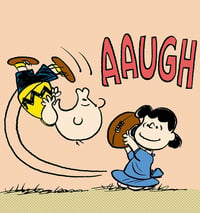 We asked Saul Levy, Director of Lead Generation at Dataiku (and beer aficionado), what he’d be drinking during the game, and he plans to crack open some IPAs since they’re lighter and all of the game day foods are already pretty heavy. “My favorite is Heady Topper by Alchemist Brewery, but I might swing by Kane Brewery and get a growler of Head High.”

If you want the best of both worlds—new beers and personalized ratings—consider asking your favorite brewer for tips or better yet, making your own recommendation engine.

Get your free copy of Dataiku's guidebook "How To: Drive Serendipitous Discovery with Recommendation Engines" for in-depth looks at recommendation engines, walkthroughs and much more!
Download Now
February 3, 2019 Use Cases & Projects, Dataiku Product Claire Carroll
Share