Using Dataiku to Understand Weather Across Different Parts of Singapore

What? Yes, you read that right! Singapore is such a tiny island, you may wonder just how big the differences in weather can get. Join us to find out! Given the recent “prolonged heavy rain” in August, with multiple locations in Singapore encountering flash floods, we are also curious to find out how the weather has changed across time for different parts of the city.

In this analysis, we will use Dataiku to find the answers to three questions: 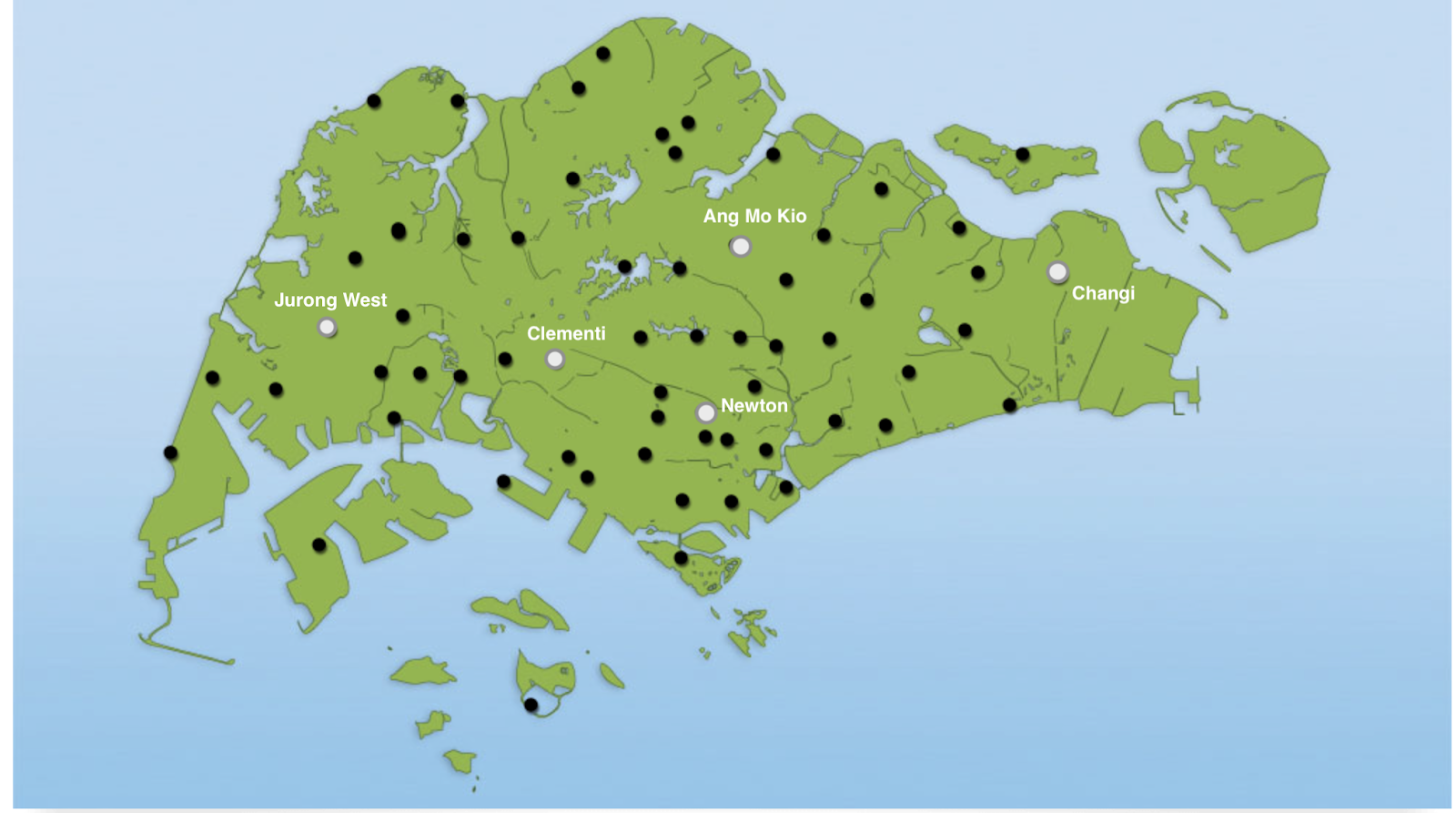 For our first question from above, we see that Jurong West typically sees lower temperatures compared to other locations, while Ang Mo Kio and Changi typically see higher temperatures (Figure 2). It is interesting to note that the difference in average monthly temperatures between locations can be as great as 1.0°C (i.e., 33.8°F)! 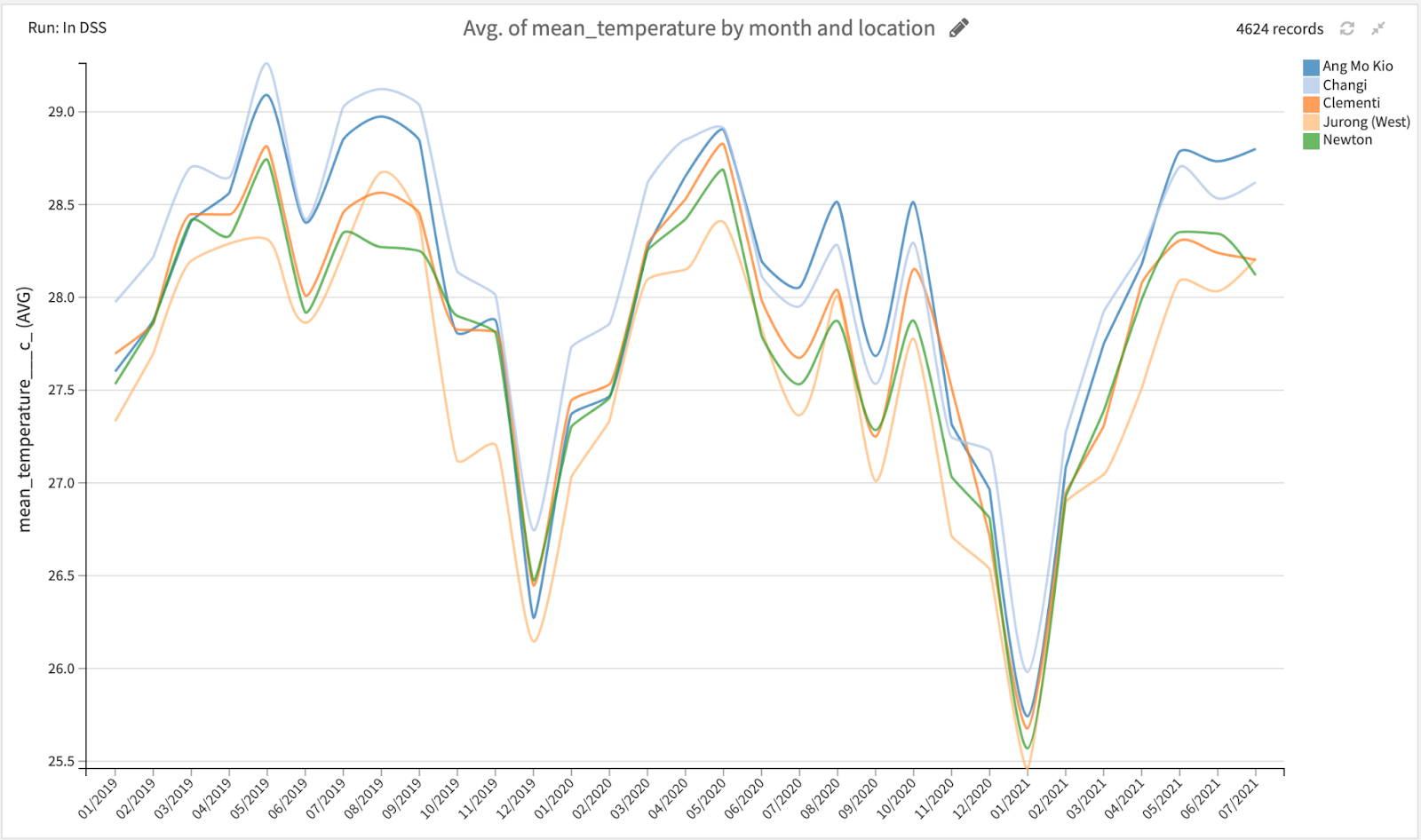 Figure 2. Average of mean daily temperatures for different locations by month between January 2019 and July 2021. Note: The y-axis does not start from zero to emphasize the differences as small differences are also critical.

For our second question, we discovered that the trends for monthly average rainfall in the different locations are rather erratic, where Changi experienced the lowest amount of rainfall on average for the majority of the time but suddenly had two months with higher amounts of rainfall than the rest. 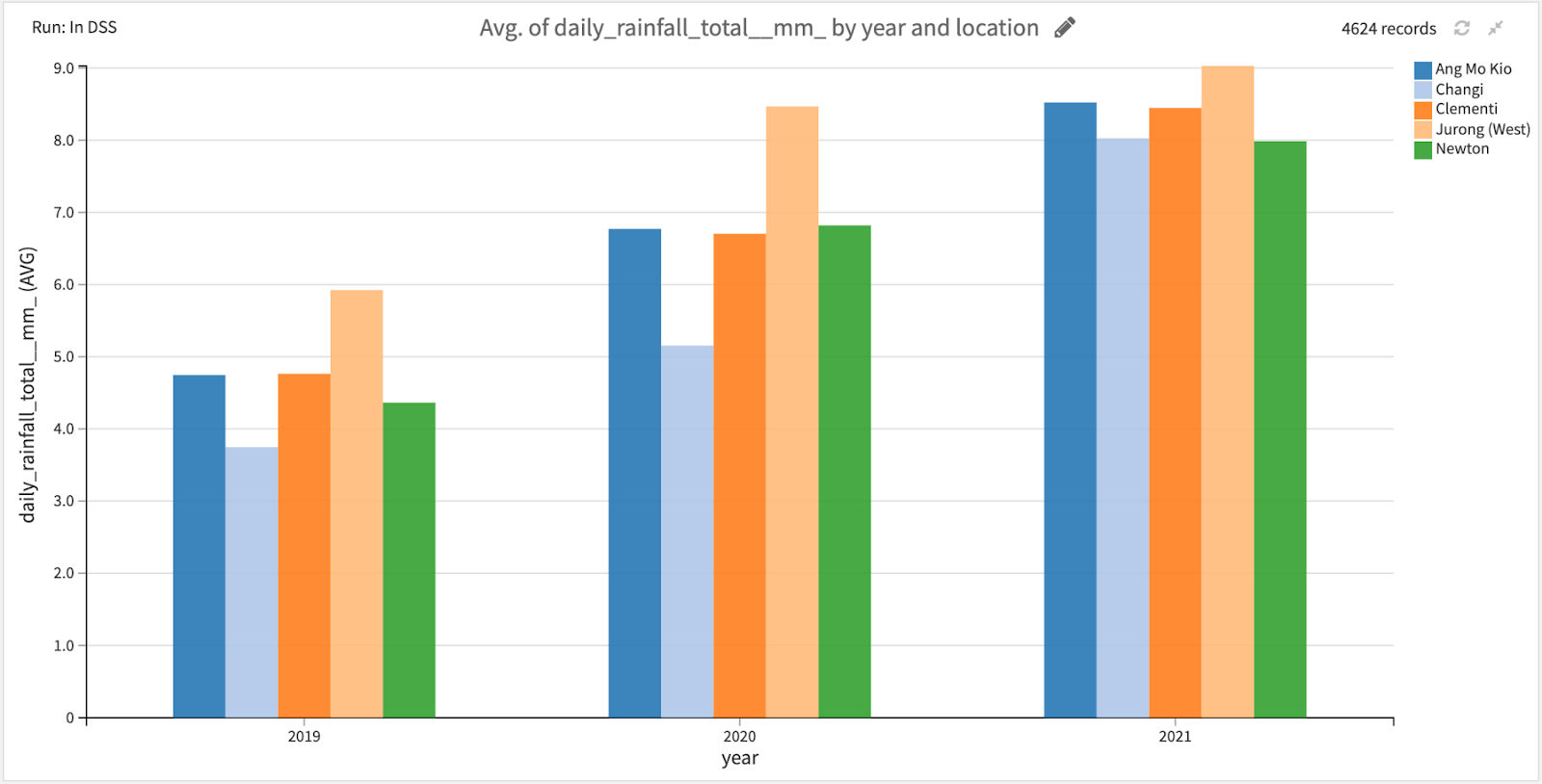 Figure 3. Average of total daily rainfall for different locations for each year between January 2019 and July 2021.

With the available data on rainfall and wind speed, we want to learn if these variables are closely correlated with temperatures. The correlation matrix below (Figure 4) shows that they are actually not very strongly correlated. This could maybe explain why we still feel warm in Singapore even though it might have rained that day — thanks to the humidity!

And of course, climate change is real. Let’s do our part for sustainability efforts!

For those who are interested in the technical aspect of the project in Dataiku, here are some details:

1. We made use of the Jupyter notebook interface for scraping the data and saving the datasets into Dataiku (Figure 5). Each dataset contains daily data for a month of the year for a particular location. 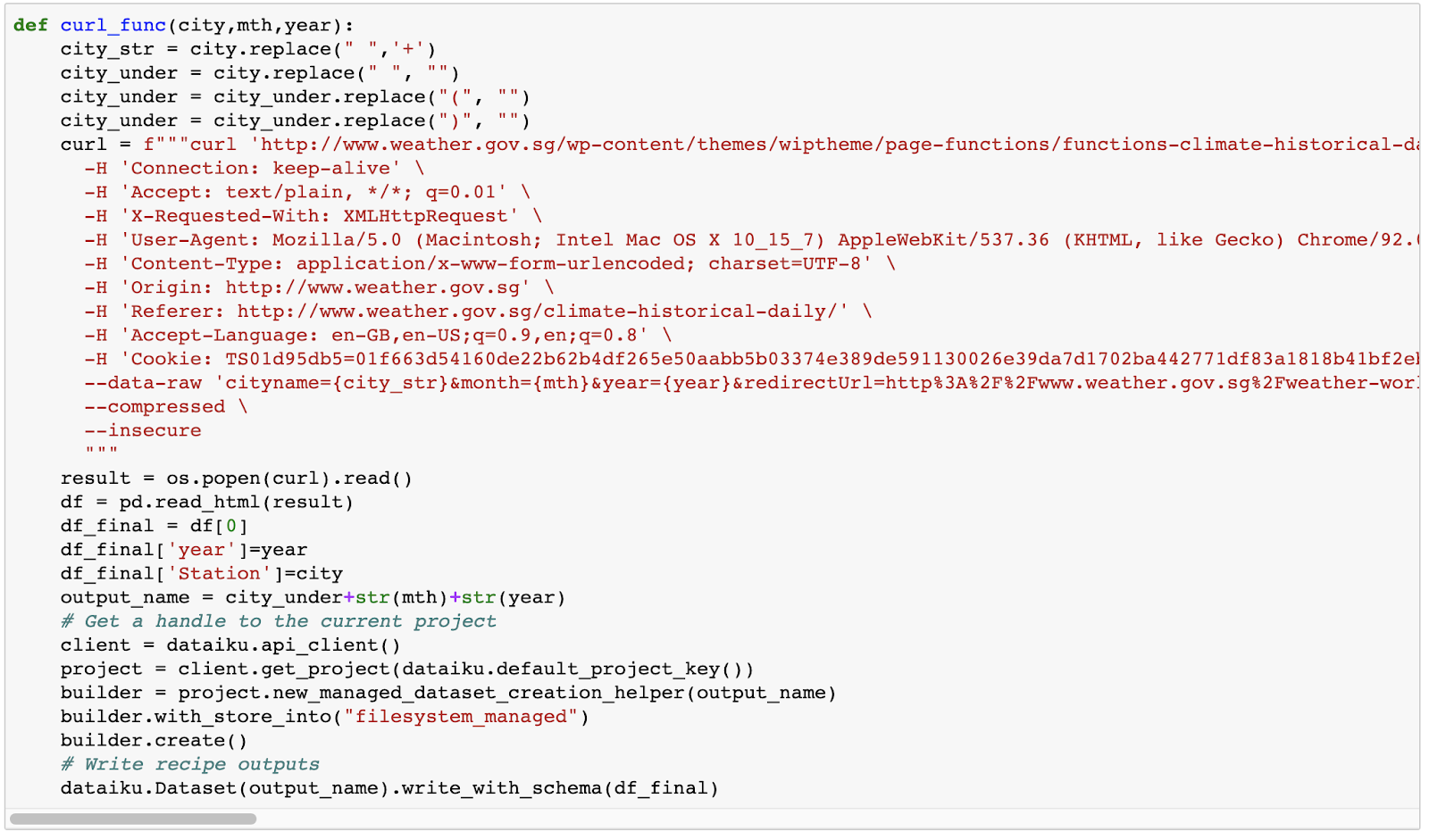 Here’s an example of a dataset (Figure 6). 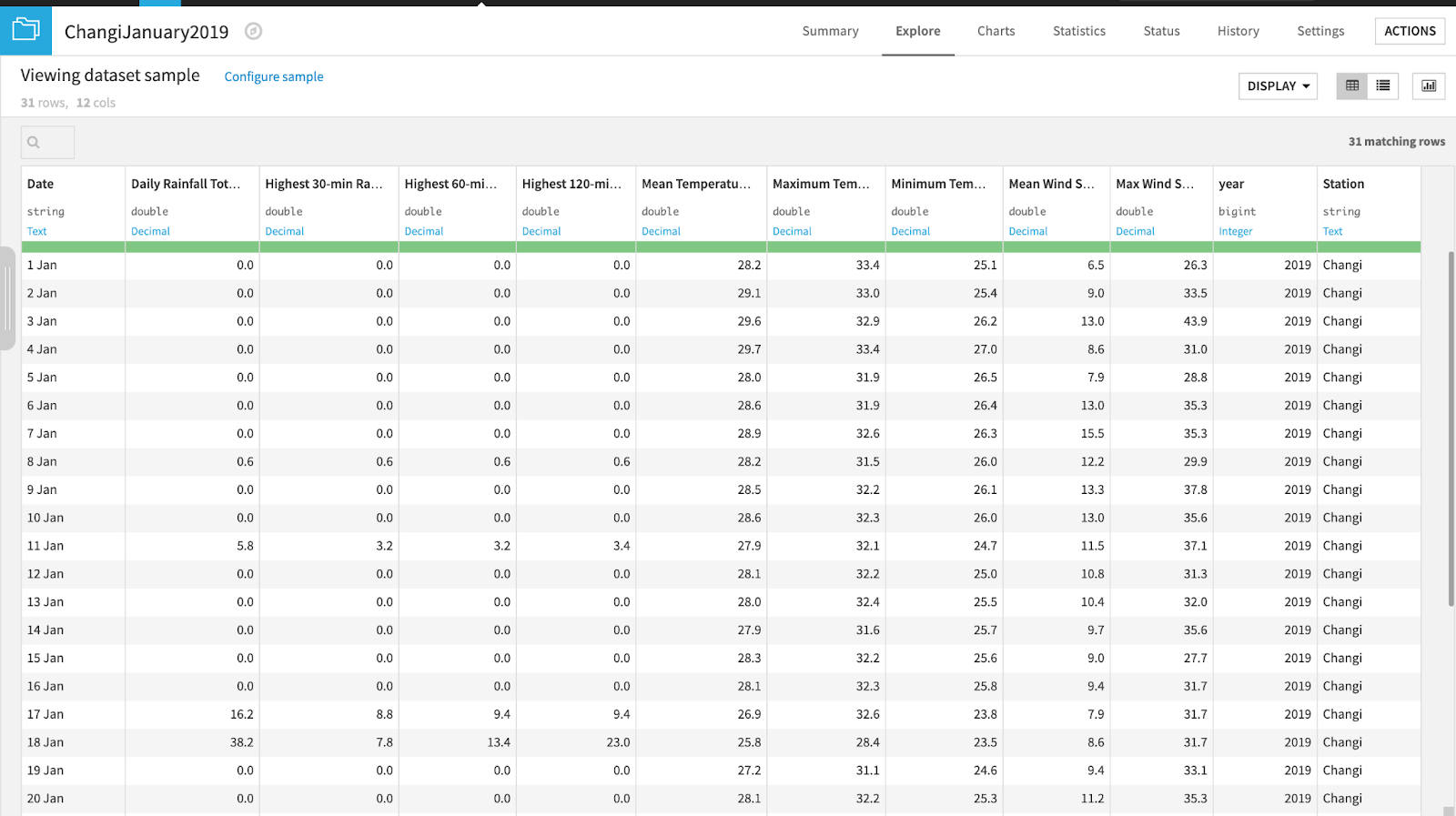 Figure 6. Scraped data for Changi for the month of January 2019 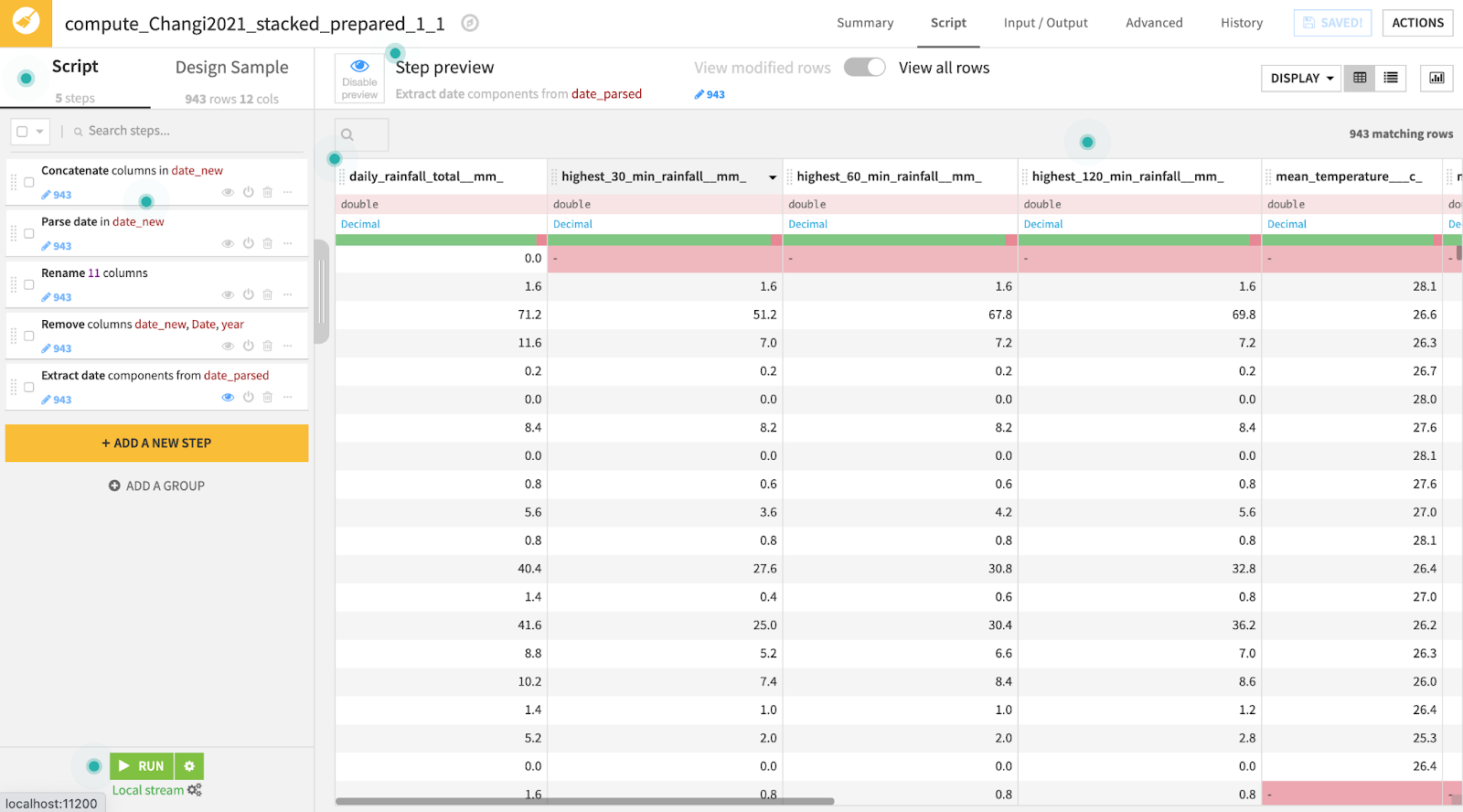 3. We also tried to perform predictions on whether it will rain the next day or not using in-built machine learning algorithms (Figure 8) as well as forecasting using the time series plugin. This shows how different user profiles can work together — where data engineers in charge of data pipelines and data analysts and data scientists in charge of analysis can collaborate at the same time in one platform. 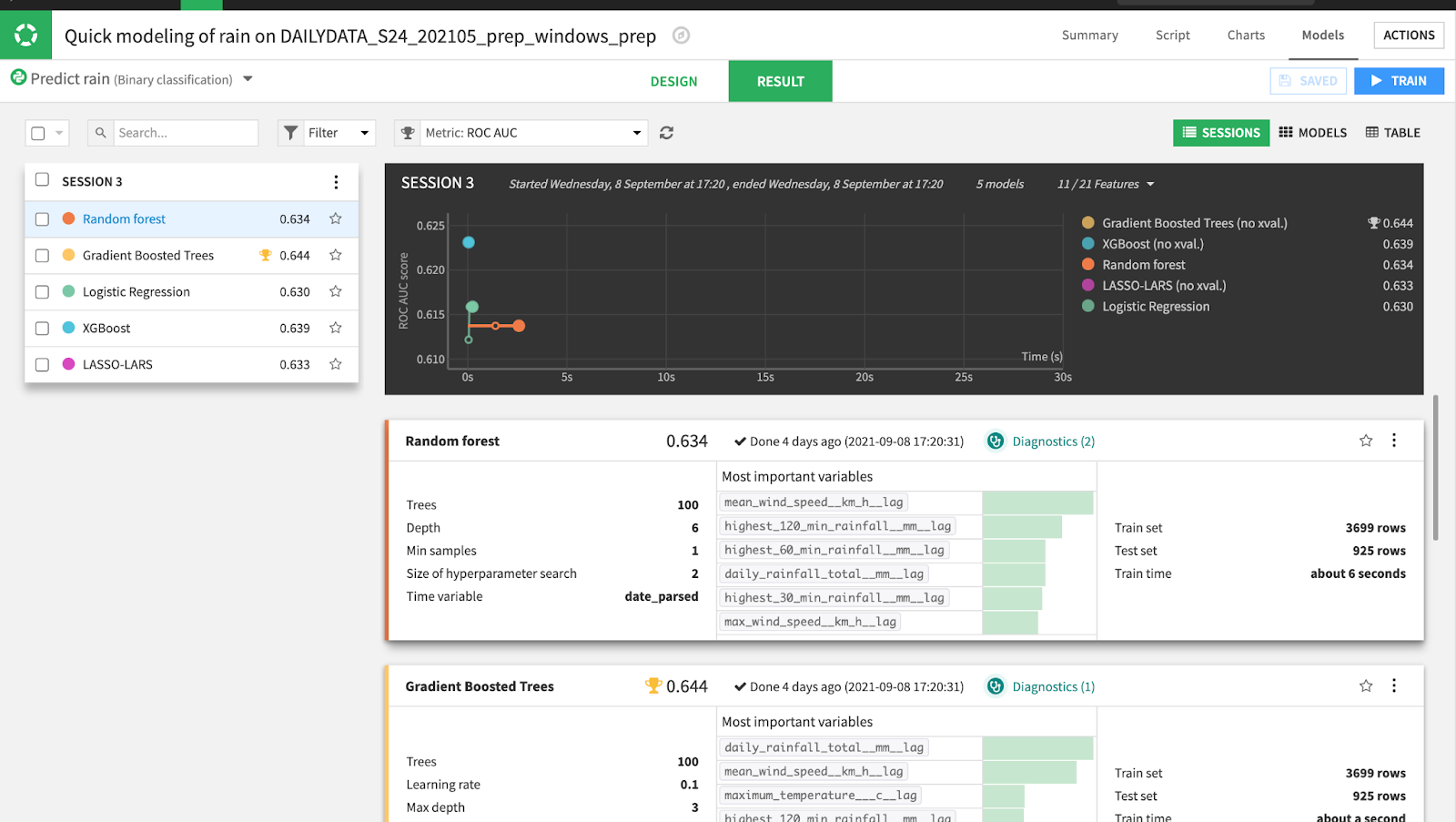 Figure 8. Predicting whether it will rain or not on a particular day using in-built machine learning algorithms

Special thanks to Matthieu Scordia for his support and guidance on this analysis.

Not Using Dataiku Yet?

Ready to move from raw data to insights quickly and build and deploy projects like this one, all in one place? Take Dataiku for a spin today!
Try Now
October 25, 2021 Use Cases & Projects, Dataiku Product Hui Xiang Chua
Share