What Do You Know About John Snow: The First Data Evangelist

Long before my data science days, I considered majoring in history at university. My journey pivoted since to neuroscience and biotech before eventually landing on data science. It’s no wonder then, given my various interests, that when I was revisiting my love for history on the History of Data Science page, John Snow’s story caught my eye. His famous 19th century epidemiology visual illustration truly inspired me and still has an impact on the way I approach my data science work today.

John Snow Is No John Doe 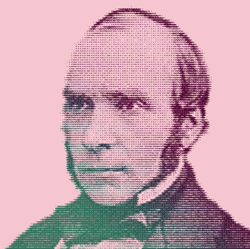 Sorry to disappoint the Game of Thrones fans, but I’m not talking about Jon Snow. John Snow, an English anesthesiologist, was the single most important contributor for clearing cholera outbreaks in 19th century London and is widely considered the father of modern epidemiology. He created the first epidemiological cluster visualization of fatal cases of cholera in households in Soho, London together with landmarks including water pipes. This pioneering visualization, which shows the proximity of cases and landmarks, is something that we take for granted today. It is one of the most important and inventive tools that Snow came up with, and it is what ultimately convinced reluctant local politicians to shut down a contaminated water pipe in order to save lives.

That critical moment of a scientist communicating an analysis in a visual way is a lesson to any data scientist trying to convey a message to business decision makers. Business stakeholders are not necessarily well versed in data, and at times, don’t even care about the technical aspects of the use case at hand. Whether we like it or not, as data scientists our work can only be impactful if it is understandable and useful for key business decision making.

In the same way that visualization is only the tip of the iceberg of the data scientists’  work, so was Snow’s visual illustration. Looking behind the scenes at Snow’s work reveals a meticulous set of steps that a data scientist can follow to properly scope and deliver projects.

The Often Untold Side of the Story

We should also be inspired by what Snow’s story is not. Oftentimes, data science problems today are not as straightforward as Soho’s cholera outbreak. What if, at the time, cholera developed into a disease transmitted from person to person? This would complicate the analysis and perhaps would necessitate different strategies to unearth the root cause of the outbreak and/or to stop it. In that sense Snow was lucky.

At the same time, Snow’s data science story, like many other stories, is a simplification of all the complexities that really happened in reality. Rarely do we read testimonies or see presentations on failed attempts that take place prior to eventual success. A scientific paper in a scientific journal is unlikely to list all of the dead-ends faced before a useful discovery, a cooking blog wouldn’t list all of the disastrous attempts preceding the winning recipe. Similarly, we can assume numerous failures to the triumph of John Snow’s success story, which is all the more inspiring.

Learn more about the people and projects that have shaped the world of data science into what it is today!
Dive In
January 10, 2023 Use Cases & Projects Eran Schenker
Share

How Did Our ML Model Rank #1 in Dataiku's 2022 FIFA World Cup Betting Contest?