Technoslavia: The (Fragmented) World of Data Infrastructure in 2021

The first time we introduced the idea of Technoslavia — the heterogeneous and fragmented picture of the technological world of data infrastructure — was back in 2015. Since then, we’ve updated and re-examined Technoslavia a few times (in 2017 and in 2018). Where are we now at the beginning of a new decade?

In the original Technoslavia, there were eight areas or regions. In 2018 that morphed to nine, and now in 2021, there are 11 (additions include new defined areas for infrastructure and orchestrator technologies). That means — as predicted — that the world of data infrastructure isn’t becoming more unified as it matures; in fact, it’s becoming even more fragmented. At this point, it’s safe to say that probably won’t stop, which makes having one layer on top of these technologies to orchestrate them in an enterprise setting even more critical than ever before. 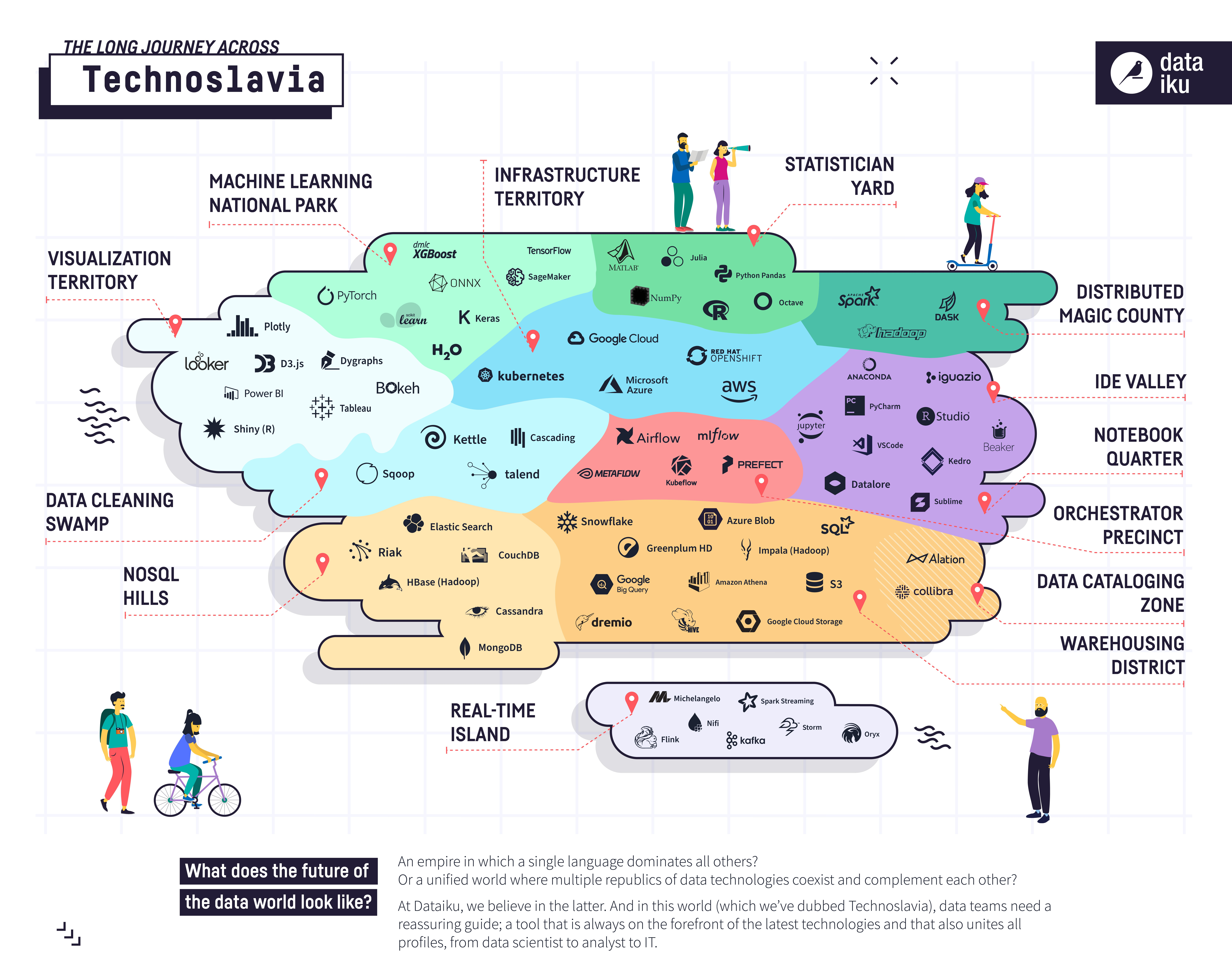 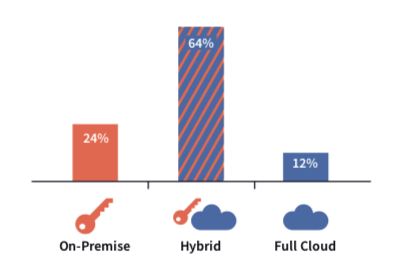 Source: In Q3 of 2019, Dataiku enlisted Gerson Lehrman Group (GLG) to administer an anonymous survey to 200 IT professionals
across a range of industries with the goal of uncovering data architecture trends in the enterprise. Get the full survey results here.

How Dataiku Fits In

Metaphorically, data platforms (like Dataiku) are the bridges, mountain passes, and transit systems that ease the long journey across Technoslavia. Practically speaking, they allow teams to do several (or all) data-related tasks in one place. This ultimately makes it easier for teams to not only work together, but also to keep up with rapidly evolving technologies, trying the latest and greatest the data world has to offer while staying within one overarching tool for proper governance.

The list of plugins and integrations with technologies continues to grow, and the Dataiku team is committed to making sure companies around the world can continue to use the infrastructure that suits them best.

The Ins and Outs of Dataiku

Why You Should Care About Data Drift

Thinking of Analytics as a Product