Technoslavia: Where Are We Now?

The first time we introduced the idea of Technoslavia - the heterogeneous and fragmented picture of the technological world of data infrastructure - was nearly two years ago (I know, we can’t believe it either!). So what are the major changes in the big data ecosystem since then?

Previously, we spoke about eight technical areas, the options (and tradeoffs) within them and the connections (or lack thereof) between them. We posed the question of whether multiple republics of data would give birth to a new empire and the victory of one major player. And we wondered whether companies would continue to grapple with the long journey across Technoslavia even as the ecosystem matures.

This looks eerily familiar, you might say. And you’re right - as we predicted, even after two years, no single player has emerged victorious across all of Technoslavia (though open source and cloud are most definitely common themes). But there are also some notable trends that have developed in specific regions. In particular:

Though (as predicted) Technoslavia has not been consolidated in the past few years, a larger trend has emerged that does bring the distinctly separate regions closer together in another way. That trend is overarching data platforms that touch several regions at the same time, simplifying and smoothing the overall experience. 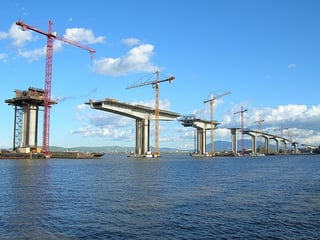 Metaphorically, data platforms are the bridges, mountain passes, and transit systems that ease the long journey across Technoslavia. Practically speaking, they allow teams to do several (or all) data-related tasks in one place. This ultimately makes it easier for teams to not only work together, but also to keep up with rapidly evolving technologies, trying the latest and greatest the data world has to offer while staying within one overarching tool for proper governance.

Following years of Technoslavia fatigue, and perhaps lying in wait to see which dominant technologies emerge, it seems businesses are finally coming to terms with the fact that fragmented is the new normal. And perhaps they also are beginning to see that specialization within each region and dominance of open source is what keeps the field innovative, and they’re embracing it.

More and more, companies are starting to invest in platforms (here’s just one example) that bridge, rather than fight, the openness and fragmentation of Technoslavia, turning it into an asset that allows for agility and collaboration. They’re giving up on the idea of a unified experience with one, closed tool and instead moving toward a more flexible data platform that still gives that unified experience, but based on the best combination of technologies on the market that suit the particular needs of the business.

Who’s to say what this Technoslavia graphic will look like and which technologies it will feature in another two years from now. The industry is changing so quickly that we could discover entirely new land, and perhaps old lands will be abandoned. But whatever does happen, it’s companies that are prepared for the twists and turns ahead that will come out on top. Maintaining a unified experience on top of the chaos happening below is a critical component to success.

If you want to give a unified experience a try, you can download the free version of Dataiku Data Science Studio (DSS) here. Or, read more about the additional benefits of data science platforms beyond Technoslavia.

Get monthly updates of everything going on at Dataiku: new content, product updates, upcoming events, and everything the Dataiku team has been up to!
Sign Up
October 17, 2017 Scaling AI Florian Douetteau
Share